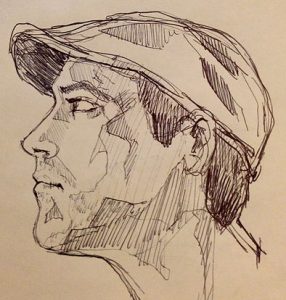 Anthony Gilardi began his teaching career in 2005 at the 68 Cent Crew Theatre Company in Hollywood where he was a Company member for four years.

From 2009 to 2012 he taught at The Aaron Speiser Acting Studio. He has personally coached some of Hollywood’s best up and coming talent including Prince and Paris Jackson, Richard Cabral, Anna Diop, Stephanie Fantauzzi, Jimmy Gomez (Taboo from The Black Eyed Peas), Tiny Lister, Nnamdi Asomugha and many more.

One Yelp reviewer gave it a 1 star Rating and stated:
“If I could give this review a big fat zero, I would. Unfortunately, Yelp is too forgiving. Let me start off this review by saying this: ANTHONY GILARDI IS THE WORST “COACH” known to the business. I have been around the block when it comes to every aspect of entertainment business, and this man is as under-qualified as they come. He pretends to care about his students, but he does not. He is abusive. He loses and pisses off students, and his turnover rate is extremely high, hence the cheap tuition rates. You get what you pay for people! He surrounds himself with thugs, and uneducated people who have made him their God because life has rejected them. His intelligence and academic background does not measure up, thus not being able to give accurate criticisms, and corrections.”
Another reviewer gave it a positive rating and stated:
“Anthony Gilardi is not just an acting teacher, he is a true industry mentor, a motivator for personal growth, & an inspiration to do good in other ways than acting. Anthony genuinely cares about his students and devotes his life to bettering the lives of others in every way possible. His unique, multi-faceted approach in engaging his students is intelligent, passionate and original, and serves as a catalyst for greatness to be discovered in individuals who may not otherwise know they have something truly beautiful in them. He excavates within you a more fearless artist that grows, and then gives.”