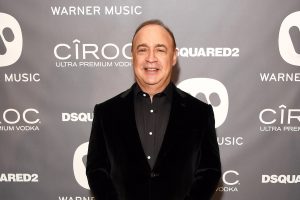 Len Blavatnik is one of the most private billionaires who only includes an exclusive circle of friends and acquaintances into his life.

Blavatnik called London his home in the late nineties. One of his first homes was near Kensington Palace, which was a large mansion which has 13 bedrooms which follow an Italian theme. His home also includes an underground car park with a car lift, a cinema and a hybrid indoor-outdoor swimming pool, which was the first of its kind at the time. This mansion was sold to the billionaire at $70 million.

The billionaire threw a lavish party for his 50th birthday which was on the French Riviera at the Grand-Hotel du Cap-Ferrat. Lord George Weidenfeld, who was invited to the party said that although Blavatnik is extravagant, he is a modest man, who rarely talks about his wealth.

Blavatnik decided to branch out from his first company Access Industries by acquiring Warner Music in the US. He now throws a party each year on his 164ft yacht, Odessa for musicians and actors for the Cannes festival. Singer like Joss Stone has performed on his yacht for this event.

Although the billionaire spends his money, he also gives back by way of the Blavatnik foundation. The foundation has helped universities and museums on many projects.