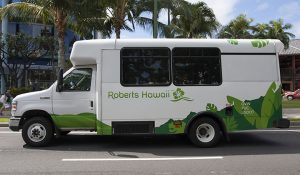 According to some Yelp reviewer they have good pricing. but poor customer service.

Another Yelp Reviewer posted:
“Driving: DANGEROUS! First, I want to inform the company and anyone else concerned that the bus was sticking out in part of the middle lane because he wanted to drop they off on the street rather than drive into their driveway and back-up later. He was in a lane behind parked cars. The light turned green and since he decided he was ready to go because everyone was off of his bus, he almost cut off the car in front of me. Without using a blinker, the driver leaving the Olivet Baptist Church School, cut me off. If I didn’t realize it, he could have hit me and I could’ve hit the next person to the right of me. I do not think it is write for this driver to drive reckless merely because his vehicle is bigger than me and could overpower me.

Activities: Be careful riding on their bus because at least one of their drivers are terrible at driving. I’m not too sure how the other drivers are.”

Another reviewer gave them a 5 star and stated:
“Roberts provides great tours. We had the privilege of using them twice on our vacation. Jake and Duke were both quality guides. We went on the All Oahu tour and the Pearl Harbor tour. They were friendly, knowledgeable, personable and mad the trips more fun.

I plan on booking all excursions w Roberts Hawaii on my next trip. Aloha.”